We are thrilled to announce that last week, we completed our first ever Introduction to Kingian Nonviolence workshop led by incarcerated trainers!!!

Since the founding of East Point in the fall of 2013, we have been working in several prisons and county jails throughout California, and have certified close to 100 incarcerated people as trainers in Kingian Nonviolence. These incarcerated trainers have gone on to train well over 1,000 people. 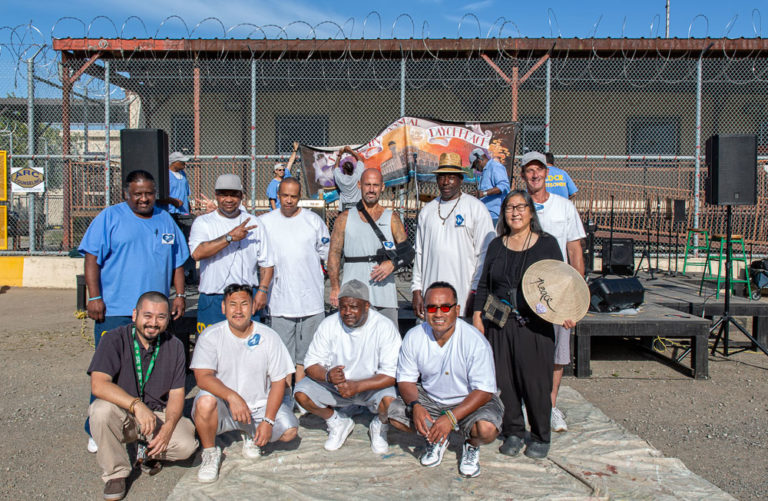 And yet, until recently, we have not had a training team in San Quentin State Prison, the prison closest to our home base of Oakland.

Tony Detrinidad, a trainer who actually became a trainer years ago when he was in San Bruno County Jail, was transferred to San Quentin and is now a member of the Committee. After having facilitated workshops at the county jail – where the workshops are mandated – and in San Quentin, he commented on the difference in the participants.

“In San Bruno, half the guys wanted to be there and the other half didn’t want to. In here, 100% of the guys chose to be here, wanted to be here. The pressure was higher because of that, but the reward was also so much better.

“It was awesome to see them take in this legacy,” he went on. “To see them grasp King’s teachings. To watch the light bulbs go off in their head was so cool! It gives me hope, to know that it doesn’t end with me. There’s now a whole new group of guys armed with this knowledge.”

Francisco, a workshop participant, said that he learned that “nonviolence is not a choice, it’s a responsibility, and it begins with me.” 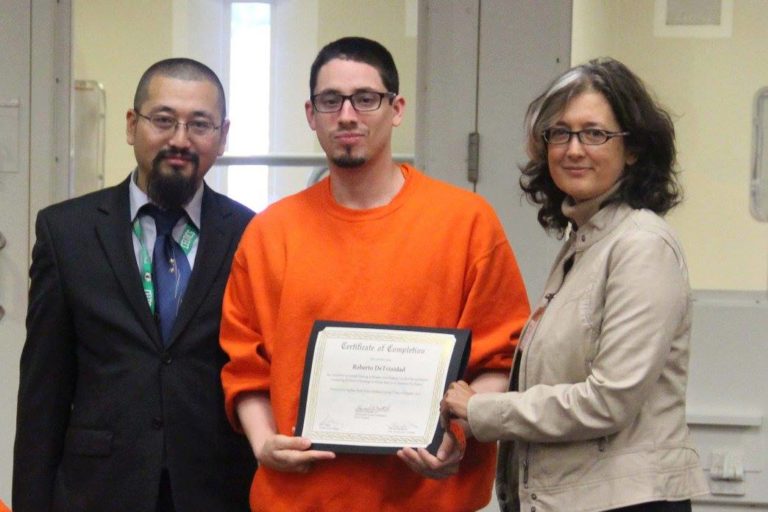 The Day of Peace is an annual, daylong peace festival that happens on the yard at San Quentin State Prison. The founding members of the Day of Peace Committee came together in response to a race riot that took place at the prison over a decade ago and organized the first event. Since starting this group, San Quentin has not experienced a single riot.

While East Point staff and volunteers have been going into San Quentin to facilitate workshop for years, we always prioritize empowering incarcerated people to lead the workshops themselves. After several attempts at building a training team in San Quentin, we are so glad to have found the perfect partners in the Day of Peace Committee! These men are already viewed as leaders in peacemaking in the prison, and we look forward to continuing to work with them to spread nonviolence!

We are also looking forward to attending and supporting the 2019 Day of Peace, scheduled to take place on Saturday, May 18th!!! Please join us, and over 1,000 incarcerated people at noon on that day as we take a minute of silence to honor all people who have been impacted by violence.

Also a special thanks to volunteer trainer Julia Rose for helping to lead our Training-of-Trainers and to San Quentin volunteer extraordinaire and Auntie Jun for all of her support of our work, of the Day of Peace Committee, and everyone in San Quentin!!!