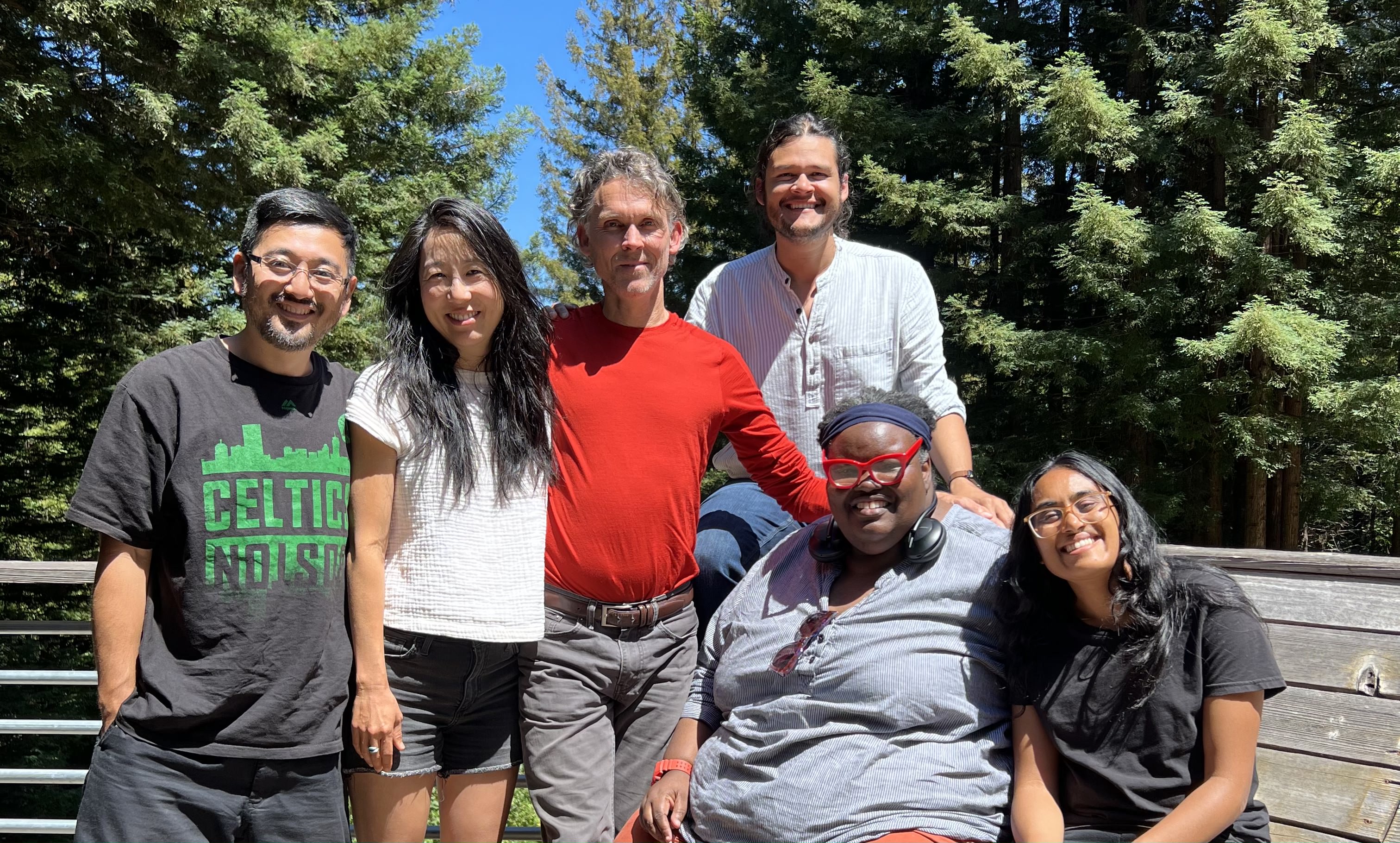 Vickie Chang
The daughter of Chinese immigrants, Vickie Ya-Rong Chang (she/her) was born and raised in the San Francisco Bay Area. In her work as a psychologist and writer, she is dedicated to personal = collective liberation. She supports API movement spaces through offering awareness and somatic practices, which are fundamental to her individual and group counseling work. She is strengthened by her connection to Chinese ancestral practices and shaped by her relationship with the people, culture, and land of the Sangre de Cristo mountains, first settled by the Puebloans, Ute, Jicarilla Apache, and Navajo/Diné; the holy hill Arunachala in India; and the Divine Buddha Temple in Taiwan.

Leonie Smith
For more than 30 years Leonie Smith, founder of The Thoughtful Workplace, has been working from an anti-racist, anti-oppressive perspective. Her approach is shaped by her own journey to find and build community that welcomes her perspective as a Black Woman, Canadian-born, of Jamaican heritage. She has a deep commitment to anti-oppressive practices, sharing practical ways of applying Nonviolent Communication. She shares her people-centered approach for creating group, team, and organizational systems in service to creating a world that works for all as a community member and through her consultancy, The Thoughtful Workplace.

laura ann coelho
laura (she/they) identifies as queer, kid of immigrants from India and the Philippines, born a settler on stolen Ohlone land with class privilege. laura brings 10 years of experience in the fields of public health and community mental health, working with community-based nonprofits, grassroots organizations, and government agencies on program and evaluation design and implementation, facilitation and coaching, and fundraising. after experiencing a personal health scare in 2013, laura began consciously studying embodiment and healing arts. as an embodiment practitioner today, laura is committed to politicized healing with intergenerational immigrant and BIPOC communities. laura’s greatest joy these days is laughing with their two niblings.

Kazu Haga
Born in Japan, Kazu (he/him) has been engaged in social change work since participating in the Interfaith Pilgrimage of the Middle Passage at the age of 17. He would go onto spend one-year living in Buddhist monasteries throughout South Asia studying the relationship between nonviolence and Buddhist dharma. He has over 20 years of experience in nonviolence, restorative justice, trainings and organizing and has been trained by elders such as Dr. Bernard Lafayette and Rev. James Lawson.

He spent over 10 years working in social justice philanthropy while being directly involved in many movements. He has been a Kingian Nonviolence trainers since 2009, is a Core Member of the Ahimsa Collective and is the author of Healing Resistance: A Radically Different Response to Harm.

Luis Miranda (he/him) - Luis is a core circle team member and trainer at the East Point Peace Academy. He is based out of unceded Eastern Shoshone and Goshute land now known as Salt Lake City, Utah. In the past, Luis has organized with transparency movements in Guatemala, with grassroots leaders participating in the Colombian peace process, and with immigrant justice groups in the United States. These days, he works as a Senior Organizer with the Sierra Club’s Beyond Coal Campaign supporting the movement for a Just Transition in the Mountain West. Outside of work or organizing, Luis enjoys playing music, practicing mindfulness, and exploring Utah's majesty.

Jimmy “Rome” Ballard
Rome supervises a team of specialized care and service providers at Urban Alchemy, a non-profit organization tasked with providing safe housing to San Francisco’s unhoused population.  Formerly Incarcerated, Rome has spent the past 35 years recruiting and training peace warriors, and networking with community organizations, activists, and other service providers to reverse the negative impacts of racism and poverty. He was instrumental in creating the workshop manual titled Trans-Communality: Selling Social Change Without Selling Out, which takes a social skills approach to the pursuit of social justice.

Sandra Bass
Sandra has been engaged in social justice facilitation, training, practice, and scholarship for over 25 years. She currently has the privilege and pleasure of doing this work with students and staff at UC Berkeley. A Bay Area native, she's passionate about nonviolence as a philosophy, practice, and way of being.

Toni Battle
Toni is a native San Franciscan, is the founder of The Legacy Project which documents the legacy of lynchings in the United States and brings healing and reconciliation to those whose ancestry is directly impacted by it, and is a leader of Coming to the Table, a national organization working with descendants of slaves and of slave owners around racial recognition issues. She has a passion for supporting incarcerated young women and in healing ancestral trauma.

Conly Basham
Conly is an artist and healing practitioner. From performing and teaching in New York City, to moving to the Bay Area for her Masters in Counseling Psychology and Expressive Arts Therapy, Conly's life work centers around the power of creative expression in individual and communal healing. She facilitates restorative justice circles in the Bay Area with The Ahimsa Collective, as well as with her husband, daniel j. self at 214 Therapeia. Conly is currently working towards a PhD in Expressive Arts where her personal scholarship explores the intersections of arts based ritual and restorative practices towards intergenerational healing, the acknowledgement of power and privilege, and peacebuilding.

Theresa Pualei Guy
After spending much of her adult life enhancing her left brain capabilities, Theresa Pualei Guy rather illogically leaned right into listening to her intuitive heart. Educated as an attorney she is grateful for the opportunity to continue to teach Kingian Nonviolence Conflict Reconciliation with the East Point Peace Academy as a founding member. Often perceived by others as a “culturally ambiguous” person, Theresa has a lifelong interest in our multicultural reality and the resulting social justice imperative.

Sierra Pickett
Sierra is a long-time Coordinating Committee member of the People Of Color Sangha at the East Bay Meditation Center and currently sits on the Programming Committee for EBMC at large. A recent addition to Buddhist Peace Fellowship’s board of directors, Sierra is a web weaver who sees networking as an intentional act of love connecting us together in reciprocal support. ​An American Sign Language interpreter, Sierra loves expanding linguistic and cultural accessibility within a social justice framework. Easily spotted in bright colors, she will greet you with an infectious smile.

We have the honor of working with dozens of talented trainers in our community to run and sustain our programs. Our training team ranges from incarcerated and formerly incarcerated people to activists and educators and everything in between. We hope you can attend some of our workshops to meet our team!