The scale of a tragedy like this is hard to comprehend. And yet, the memories of what happened at Hiroshima and Nagasaki always reminds me of a wild paradox - of the incredible beauty that can emerge from such deep tragedy. As we reflect on the lives lost in these two cities 76 years ago today, I want to share a couple stories of the beauty that I have witnessed that grew out of these tragedies.

The first story is from when I was young, and my mother took me to the Hiroshima Peace Memorial Museum built to honor the legacy of this tragedy. While I was young - long before my commitment to nonviolence or peace-building work - I still remember the experience vividly. I was stunned. Speechless. Tears were welling up in my eyes as I took my time, slowly making my way through the entire museum.

I remember reading the story of Sasaki Sadako for the first time. Sadako was just two-years old when the bomb was dropped on her hometown of Hiroshima. About ten-years later, she fell ill to leukemia and was admitted to the hospital. During her stay, she heard about the Japanese legend of a thousand paper cranes.

As the legend is told, cranes are able to live for 1,000 years. And if one is able to fold an origami crane representing each one of those 1,000 years, they are granted a wish. So Sadako got to folding, with a wish for her to be cured from her disease. Despite her having met her goal of 1,000 paper cranes, her disease did not go away. So she kept folding. And as she kept folding, her wish slowly started to expand to include the health and happiness of others around her. 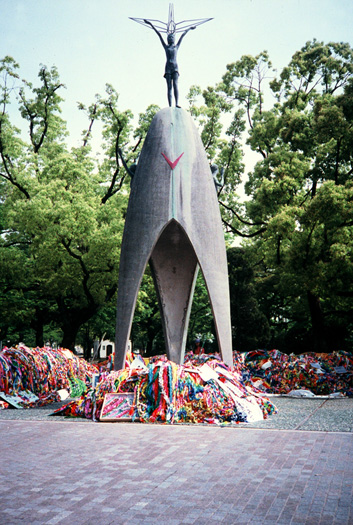 At just twelve-years old, after having folded over 1,300 cranes, Sadako passed away. After her death, her schoolmates raised funds to have a statue built to honor her and all of the children who passed away from the two bombs. The plaque below is reads, "This is our cry. This is our prayer. Peace in the world."

Years later, I would visit the Anne Frank house in Amsterdam. I had a very similar experience, walking slowly through the entire "museum" fighting back tears, in awe of the suffering and the resilience of another young girl. Towards the end of the exhibit, there was something written on the wall. It spoke of how the Anne Frank house sometimes receives criticism about how much it focuses on the story of just one person, while so many millions of Jewish people suffered.

Their response to that criticism was simple, tragic, beautiful and true. They said that the scale of suffering related to the Holocaust is so severe, so extreme, so appalling that it is not possible for any of us to truly grasp and comprehend. Therefore, they try to understand the story of one person, the life and suffering of just one person, to try to connect to the pain and grief of millions.

Years later, I remain amazed. Amazed at the strength and resilience of these two young women from across the globe, both of whom lost countless friends and family members and ultimately lost their lives to the same war. Amazed at how much their story has inspired so many to work for peace. Amazed at the beauty that has emerged from their suffering.

The second memory I have is from the early days of my own activism. I was involved with the local chapter of the American Friends Service Committee, and we had organized a speaking tour bringing together Hibakusha (survivors of the atomic bombings) and activists from Vieques (an Island in Puerto Rico that the US Navy was using for target practice) and other Pacific Island nations dominated by the presence of the US military. 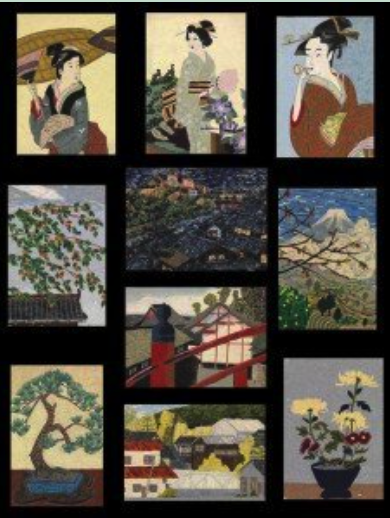 Phyllis Rodin, an elder activist from the US, was so distraught by the bombings that she flew to Hiroshima and spent years trying to be of service there. When she came back, she came back with the most beautiful art that was gifted to her from the local people. "Kiri-e" translates roughly to "cut drawings," or artwork made out of small pieces of cloth and paper.

There was a school teacher in Hiroshima who knew that they had to try to make beauty, even in the immediate aftermath while their city was still in flames. So they went around and collected materials that they would later use to make artwork with their students.

I remember being in awe at the beauty of this artwork, knowing the tragedy that they grew out of.

These stories that emerged from the bombings remind me of the resiliency of our species, of the courage of survivors of violence, and of our undying commitment to creating beauty and moving towards life.

On this day, I not only want to remember the horrors of what happened, but of the beauty that is possible on the other side.