"Mourning the Gap": Ukraine, nonviolence, and the wider context 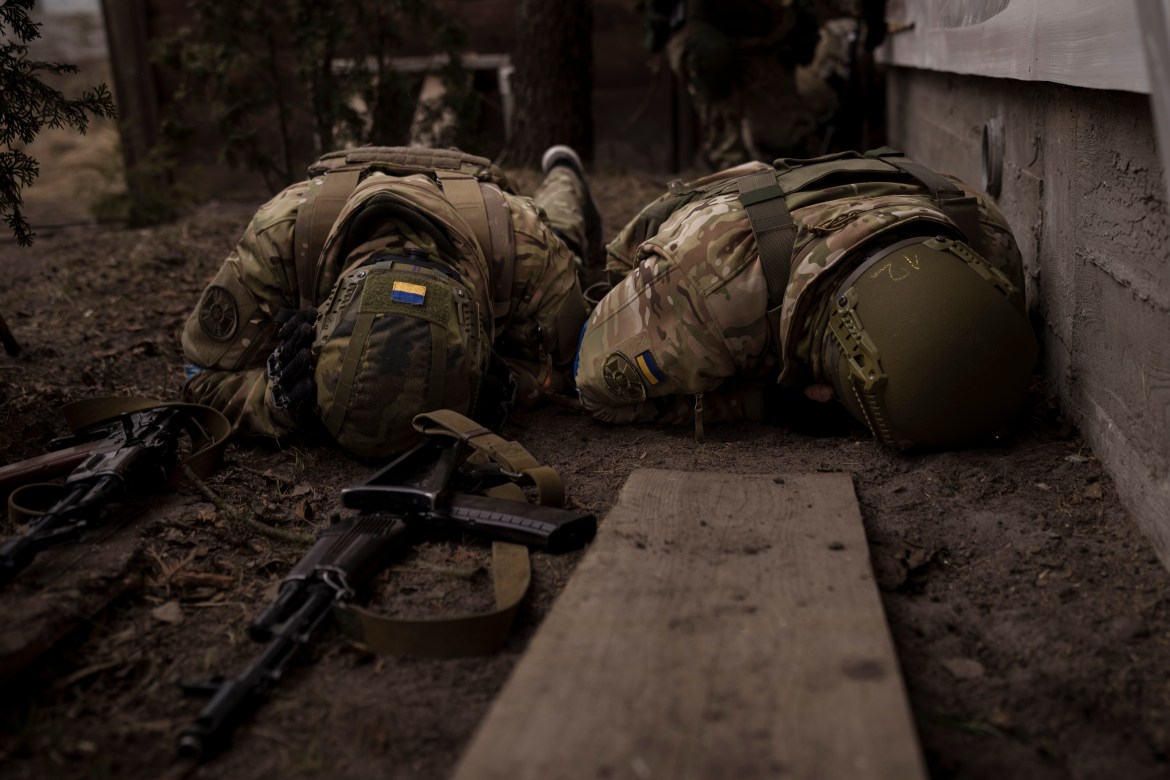 The day Russia invaded Ukraine, East Point’s core team member, Luis Miranda, sent an email to the rest of our core team. It began like this:

I’m feeling powerless… I don’t know if there is anything appropriate for us to do or anything to do at all.

Luis’s honest admission of powerlessness opened the door for the rest of us to give voice to our own versions of it. Our replies included phrases like “speechless and confused”; “helplessness and heartbreak.” We felt that some kind of solidarity statement from East Point might be meaningful, but we also struggled with the way such statements, when they aren’t combined with concrete actions in defense of life, can actually reinforce feelings of inadequacy and impotence.

Expressing solidarity with words is a pale substitute for our heart’s deeper longing for justice. As important as it is, the same can be said for sending money in support of relief efforts, for those of us in a position to do so. As thousands of people are being killed and millions displaced in this new and utterly unjust war, we wish so badly that there was something we could do to actually stop the senseless death and destruction. We want the suffering to end.

This speaks to a kind of reckoning that nonviolence-oriented activists and organizers often shy away from. But we owe it to ourselves to be brutally honest: When it comes to countering extreme violence with nonviolence we are horribly unprepared. Nonviolence has undoubtedly made remarkable strides in the realms of community organizing, restorative justice, direct action, mass protest, and moral public accountability. As painful as it may be to admit, though, when these efforts come up short and the bombs start dropping, we and nonviolence are almost unequivocally left without anything approaching an adequate answer.

It’s a strange and somewhat disconcerting experience as a flagbearer for nonviolence to feel so deeply inspired by Ukrainian people and volunteer fighters from around the world taking up arms to defend what they love. In the face of such extreme violence, absent an adequate response from the world of nonviolence, what else can we do but pray for their safety and hope that against all odds they somehow manage to hold the line.

To add to the complexity, alongside our reality check about the inadequacies of nonviolence, we are also witnessing the paradox/irony that nonviolence may yet still be a primary driver to end this horrific war.

Nonviolent action is already playing a huge role. In Russia people are showing up to the streets, confronting the dominant, violent, hegemonic Russian state, and being arrested in mass because of their moral convictions. Many Ukrainians have also been demonstrating the power of nonviolence: in the way they’re crafting their narratives, in the ways they are engaging the so-called “enemy” from an unwavering stance rooted in the kinship between peoples, appealing to the humanity of the Russian soldiers and their families.

This is all to say that while our global nonviolence community may not yet have what it takes to stop a military invasion of this magnitude, it may still prove to be the Achilles Heel of the imperialists. We watch with such hope as courageous and creative practitioners of nonviolence steadily chip away at the impetus for war.

Meanwhile, though, the horror continues, and the seeds of the wars of the future are sown.

In her work as a facilitator and organizer, our friend Miki Kashtan often encourages groups to practice “mourning the gap” between what they have capacity to achieve and what they wish they had the capacity to achieve. This is vital, Miki argues, when a group’s work must proceed, even though some important need remains unmet. I think this practice has profound relevance right now for those of us committed to nonviolence.

Grief, it is often said, is the measure of our love. If this is true, and I believe that it is, “mourning the gap” holds great power for us right now. Along with our statements of solidarity and whatever we’re able to offer in support of the heroic relief work currently being done in and around Ukraine, may our mourning be a catalyst for deeper expressions of commitment. May it move us to support and wherever possible join with those experiments in nonviolent resistance that reveal the sacredness of life in the midst of war. May it also move us to double down on the hard work of developing our collective capacity to meet extreme violence with extreme nonviolence.

Another deeply important layer of this historical moment begs to be named. The humanitarian crisis in eastern Europe is of a monumental scale. In a matter of weeks nearly 6.5 million people have been displaced inside Ukraine, on top of 3.2 million refugees fleeing the country, and the belligerent megalomaniac who launched this war stands at the helm of a superpower more than capable of nuclear armageddon. As real and terrifying as this situation is, it is critical to remember that what is happening to the people of Ukraine is a continuation of a deeper wounded, traumatized human community reeling with its demons.

Alongside our immense grief over this war, we at East Point are nonetheless disturbed, though not surprised, at the way this new crisis has taken center stage over all the other crises that non-white People of the Global Majority are facing, and have been facing over the past many years: seven coups and coup attempts in African nations during the past year and a half, for example; the continuing refugee crises in Syria and Venezuela; the ongoing war and escalating hunger emergency in Yemen; Israel’s comparatively slow motion, yet ceaseless conquest of Palestine. Not to mention that fossil fuels and greenhouse gasses continue to ravage our climate and create sacrifice zones for marginalized peoples across the globe.

So it is that I close by saying to our brave and beloved siblings of Ukraine and of all places where people are standing against oppression and imperialism: Our hearts and prayers are with you.

If you are able to offer financial support to aid the people of Ukraine, we encourage you to consider contributing to SLOT, a grassroots Polish organization helping Ukrainians fleeing the violence.