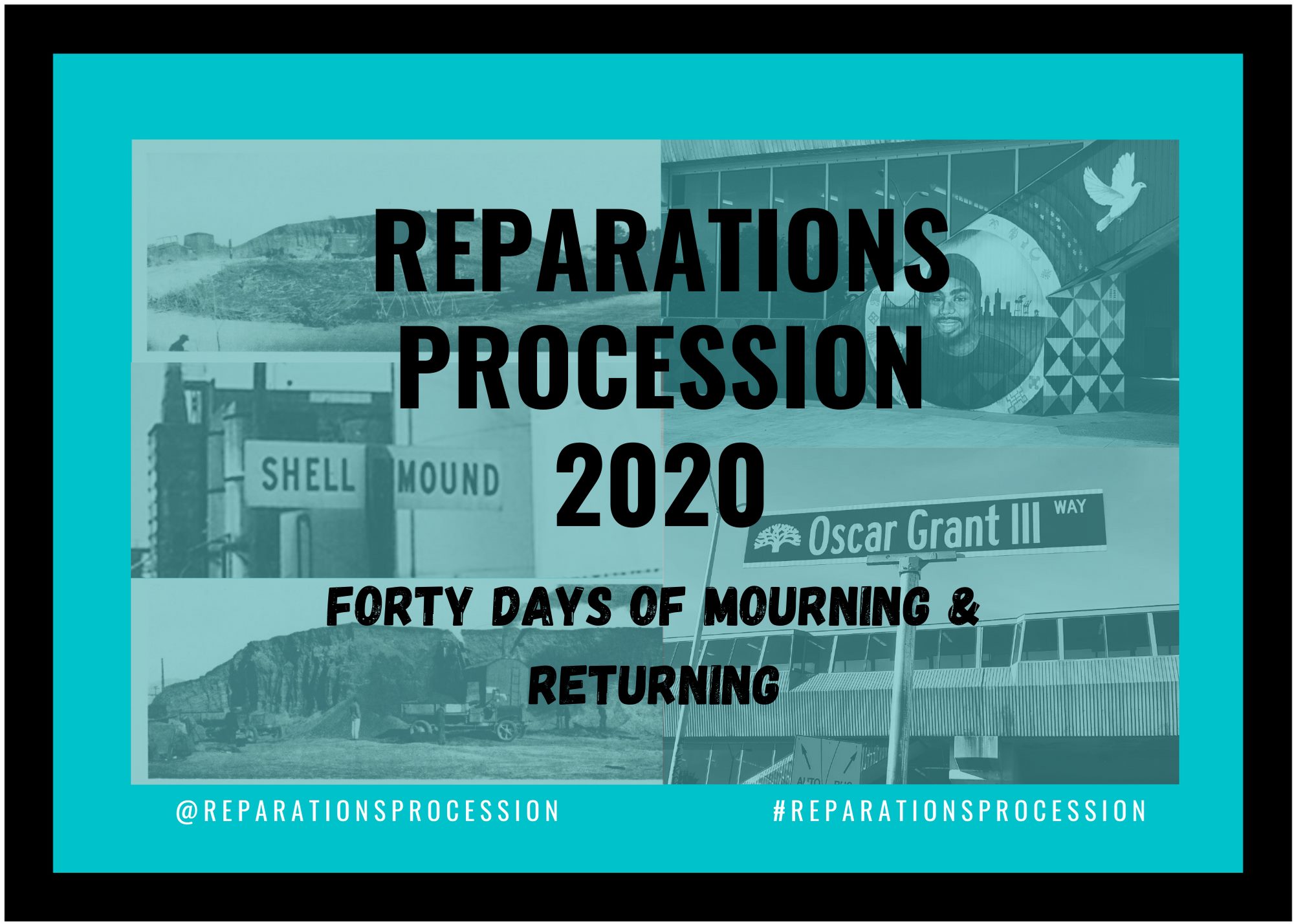 Forty Days of Mourning and Returning

The call to action continues to reverberate. Just over a week ago the school boards in San Francisco and Oakland both voted unanimously to remove police from all campuses in their districts. Such landmark decisions are the consequence of the passionate demands for justice in the wake of George Floyd's murder, but also decades of steady grassroots work on the part of Bay Area organizers, activists, and community members.

Meanwhile, thousands of people throughout the Bay Area continue to take to the streets in marches, rallies, bike and car caravans, and vigils. To stay up-to-date on what's happening you can see a calendar of events here. One particularly special mobilization this past weekend was the 50th anniversary commemoration of LGBT Pride in San Francisco, signifying the powerful intersection and synergy of the LGBT and Black Lives Matter movements. The historic march was attended by thousands.

Here at East Point we've begun to direct much of our energy toward a very special 40-day campaign that's gearing up to launch on July 4th. It's called Reparations Procession 2020. The procession will begin the morning of the 4th, with one mourner - a white-identifying person dressed in mourning clothes - walking 8.5 miles from West Berkeley Shellmound (sacred site of the Ohlone people) to Fruitvale Station (site of the murder of Oscar Grant). A single mourner will make this prayerful journey every day, until a total of $25,000 of reparations funds from white people in the Bay Area have been returned to the Black and Indigenous communities here, in the form of redistribution to local Black and Indigenous-led organizations and initiatives. After $25,000 has been returned, a second mourner will join the procession. Two mourners will now walk the route every day until $50,000 has been redistributed. And so on…

A spiritual process of grieving and atoning for the immeasurable harms of white supremacy, alongside the concrete movement of resources from the white community to Black and Indigenous-led groups, represents a powerful expression of the spirit of Fierce Vulnerability that East Point is all about. We're excited to support this unusual and hopeful project, and we hope you will be too. While the mourners in this procession will be white-identifying people, and the ask for reparations is being directed to the white community, there are plenty of ways for people of color to get involved too. Wherever you are on the identity spectrum, if you want to get involved send us an email: [email protected]. And stay tuned for another announcement when the campaign's GoFundMe page goes live, so we can all spread the word and get those resources moving!