It's been half a year already! I know I'm not alone in feeling like every year goes by faster and faster! As usual, East Point Peace Academy has had a busy first six months, and we're here to share some of our numbers with you.

First of all, in accordance with our practice of financial transparency and the Gift Economy, the Profit & Loss Statement from the second quarter of 2018 is in.

In addition to the financial numbers, here are some programmatic ones: we've hosted 29 events and workshops in nine states, including four prisons, three Buddhist meditation centers, six Christian churches, one elementary school, two high-schools and six universities, reaching over 880 people!

Now that we've shared some numbers, let me share some stories from the last six months.

In January, we finished a series of workshops that we started last fall at Balboa High School, where we worked with 60 students who are on the Social Justice Pathways. 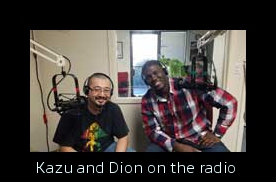 Also in January, we were honored to work with Dion Martin, a young man who became a certified nonviolence trainer during his incarceration at the San Bruno County Jail. He is home now, doing well, and we were able to spend the day with him as he got to share his story in front of a church congregation in Sonoma County and in his first ever radio interview!!! You can listen to that interview here.

In February, we partnered with Impact Justice and hosted a two-day workshops for 30+ restorative justice practitioners, which was a great opportunity to further connect the worlds of nonviolence and restorative justice. We also traveled to Atlanta and worked with Dr. Lafayette and hosted a two-day workshop for a cross section of Atlanta activists.

In March we hosted our first ever Gandhian Iceberg workshop, facilitated by Chris. We also launched our brand new "Peace from Within" curriculum inside the San Bruno County Jail, a four-month leadership development program that combines nonviolence, mindfulness and trauma healing.

In April, we worked with a group of nonviolence trainers from around the country and hosted the first national gathering of nonviolent direct action trainers in decades. Over 30 trainers representing a wide spectrum of movements, experience and geography gathered for five-days to strategize about our role as trainers.

In May we started our ongoing partnership with Green Gulch Organic Farm and Zen Monastery with a day-long workshop on nonviolence and Buddhist Dharma.

And in June, we assisted the University of Rhode Island's Center for Nonviolence & Peace Studies at their annual Summer Institute, where we certified 60 new trainers from a dozen different countries!!!

That is, of course, just a sample of what we've been up to. And we're able to do so much with very limited funds because the money is not what we focus on. We rely on relationships, we rely on community, we rely on faith in our work and faith that it will be sustained by our community. 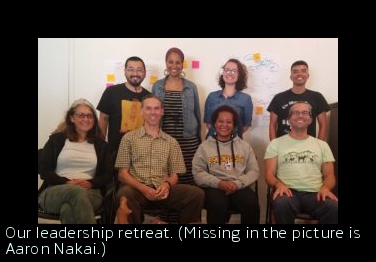 Just last week, we gathered some of East Point's leaders and spent a weekend exploring alternative organizational structures, the Gift Economy and how to operationalize our values so that we are able to continue expanding our work without growing our budget and bureaucracy. We are excited about how that conversation will influence our work moving forward, and you will definitely be hearing a lot more about that from us soon!

Until then, THANK YOU ALL for all of your support. As an organization that relies almost exclusively on community support, when we say that we couldn't do this without you, we mean it more than most.