This beautiful interview with Luis Miranda, our newest core member along with Leonie Smith, was crafted and transcribed by Divya Rao, one of our beloved volunteers. We are so blessed to count them both as part of our team. 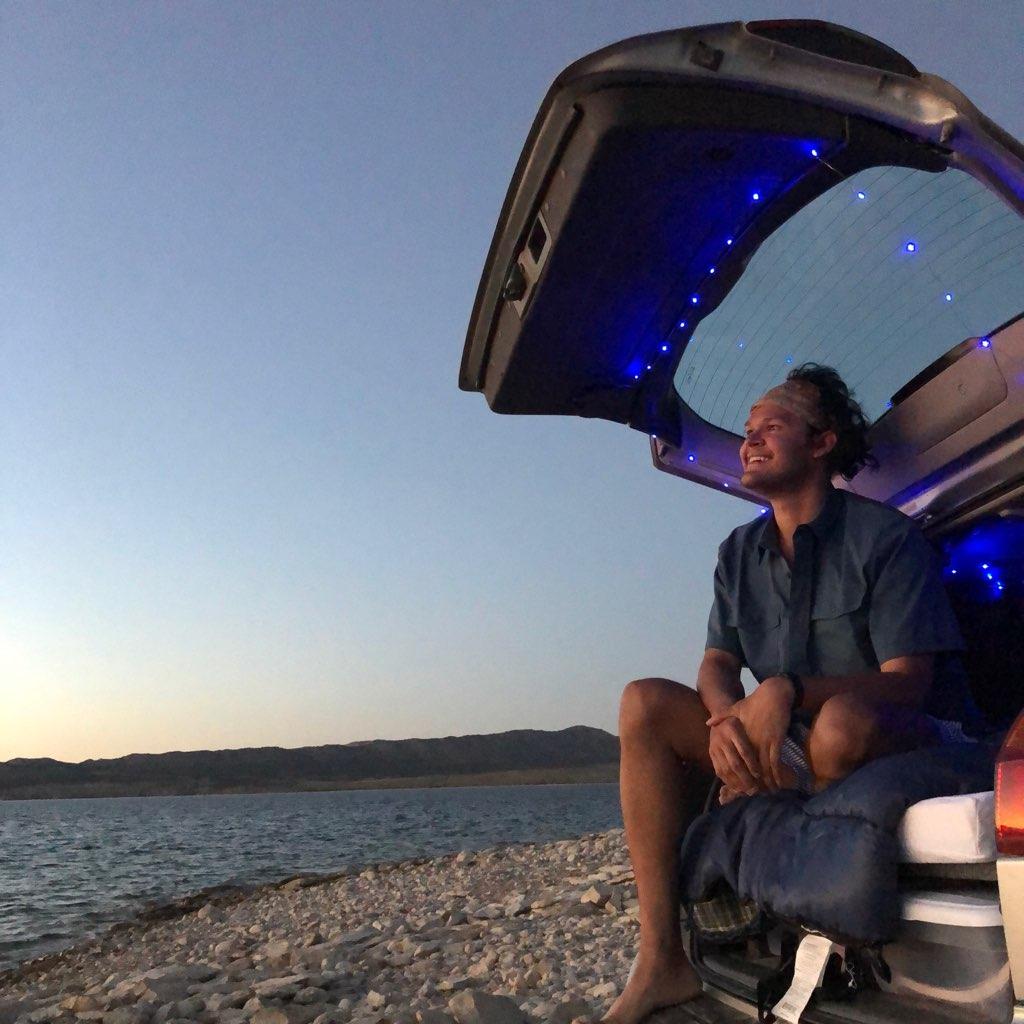 What is your work in the world today? Where do you find yourself situated, cosmically?

Today I find myself in the crossroads of my life. I am 33 years old now. I have been able to study, travel, be an activist, burnout and start new things. I am in a place where the work is really important, but it is also important to keep feeling through the work and make a commitment to stay longer term and see the fruits of the work.

What inspired you to join East Point?

My background was very formative to my engagement with East Point. I was born in Los Angeles. My dad was a Mexican baker, my Mom a Guatemalan housekeeper. My dad died when I was really young, about 6 months old. When I was 2 or 3, my mother ended up going to prison for something she didn’t do and I was sent to Guatemala. I spent a good chunk of my early childhood living in the Caribbean of Guatemala. Growing up in an environment where war was ending institutionally, and yet violence was still palpable, the toxic masculine culture was traumatic for me. When I was 14, I moved to the US, to Utah. A big source of hope for me as a child was learning about a kind, compassionate and just Jesus. As I got older, learning about peace-building, working with people affected by war and violence, I started to understand nonviolence not only as a strategic tool but also as a spiritual practice for healing humanity and the planet.

Why do you think nonviolence necessary today?

As an adult, my sister and her husband were killed in violence in Guatemala. When I lost my sister, pursuing “normal” forms of justice didn’t feel enough. I kept going back to the question of, “why does this keep happening over and over to so many families?” For me, nonviolence became important because it allowed me to initiate a process of deeper transformational accountability for society. To not just not be violent, but to love the people that harmed me and my sister. It helped me come to terms with what happened to my sister and also, in a way, to move on. Palden Gyatso, a Tibetan monk that was tortured for over 30 years, when he was asked about his greatest fear through being imprisoned, he said “I almost lost compassion for my torturers.”

We’ve talked about spirituality a little bit. Do you think religion is important to nonviolence and is there a gap that needs to be bridged there since religion is used for violence so often?

That is a good question. Let me think about that for a bit…

Religion is something we participate in whether we notice it or not. I heard this somewhere that, the #1 trusted institution in the United States is Amazon, because there is trust in getting your package in 2 days once you order it. There are beliefs that govern our life that we assume to be true, which I would argue defines what contemporary religion in the public sphere. I have appreciated spending time with Mennonites and Quaker communities where the order towards social justice and nonviolence is more pronounced. So I reframe the question of religion to “What do I believe in?” “What is your religion, does it reflect your deeper spiritual intentions and if it doesn’t, then where do we go from there?”

What do you hope to do with your role at East Point?

I love coming together to work towards a common goal. I also enjoy being in such intentional container with heartful individuals, tonic practices where it feels to bring your whole self and whatever gifts your heart desires. How do we build a home for folks who work in social justice and also crave engaging with their spirituality? When we talk about YTBN (Yet-To-Be-Named Network) and its DNA, I’m hoping to do the inner structural work to build a culture and a home for all those people who are longing for justice and that deeper transformation for peace and nonviolence. 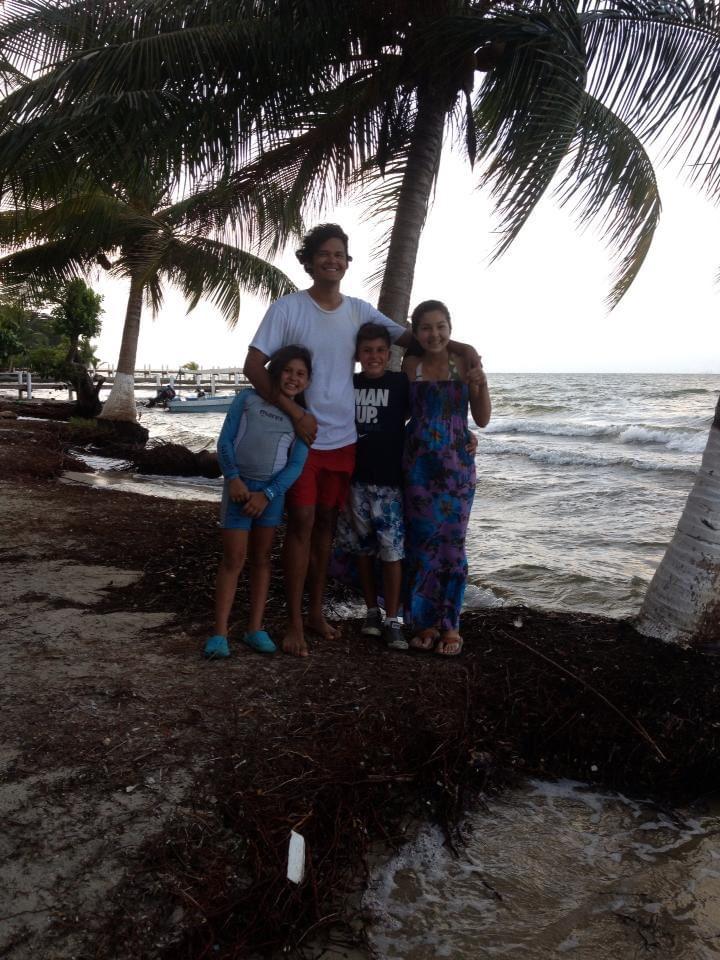 So, what does Beloved Community mean to you?  What would it look like to build a community that’s bigger than just like-minded folks?

I feel like we are all little chunks of the divine. The greatest gift we can give ourselves is authenticity and presence. For me, Beloved Community looks like us tapping into the deep power of love, re-imagining/activating a different way of being with each other. In my Christian tradition, we often speak about seeing Jesus in the eyes of the other. So Beloved Community to me means the deep compassion in seeing the other as an extension of ourselves, with all their shadows.

In today’s world, how do we subvert propaganda to make it less effective, especially in the context of nonviolence?

I think this is a great question. The question of how narratives are built, contested and sustained is important. I have 2 short stories in this context. I remember being in Colombia, 2016, peace agreement was signed but the referendum failed.  We were occupying Plaza Bolivar in Bogota and the people taking part of the occupation  were from all walks of life in Colombia. So, we had a situation were people who were against the peace agreement and harbored a lot of resentment for what the peace process has meant, and they were planning  to come to the Plaza to make a statement for it. As a group in the Plaza, we entered into emergency management mode to make sure everyone was safe, first of all. But we also knew that these folks had a preconceived notion of who we were and that we were trying to change their ways of life, destroy their country, dishonor victims, etc. So we started to discuss  things up and welcome them with flowers and hugs to acknowledge their pain, our interest to not fall into polarization, today and to express that we still love them and want them to live in community with us in this country. The protest didn’t end up happening, and still the question remained on how do we challenge the preconceived narrative that’s built in someone’s head.

Cut to 2017, when I was graduating from Notre Dame. Every time a new US president is elected, the University of Notre Dame  invites the newly elected president to deliver the commencement speech. In 2016, Trump was elected and Mike Pence was invited to speak. Before Trump’s election, Mike Pence had been my governor, we experienced the harmful positions and policies  he adopted around Syrian refugees, or the needle exchange program that he removed. At the same time there were some a disturbing wave of deportations occurring across the U.S. My family is undocumented, so it felt really undignifying to have Pence speak at my graduation because my family who would love to come see me at a very special moment in my life were terrified of boarding a plane due to this administration’s policies. We decided that we wanted to walk out. We didn’t want big numbers and we wanted the quality of the intention to be clear and strong. We wanted to communicate that we don’t hate you, we are not trying to be naively kind or vindictively mean, or harm anyone. We were just speaking our truth and being truthful to our experiences and the relationships that we hold dear.

You guys definitely made the news! 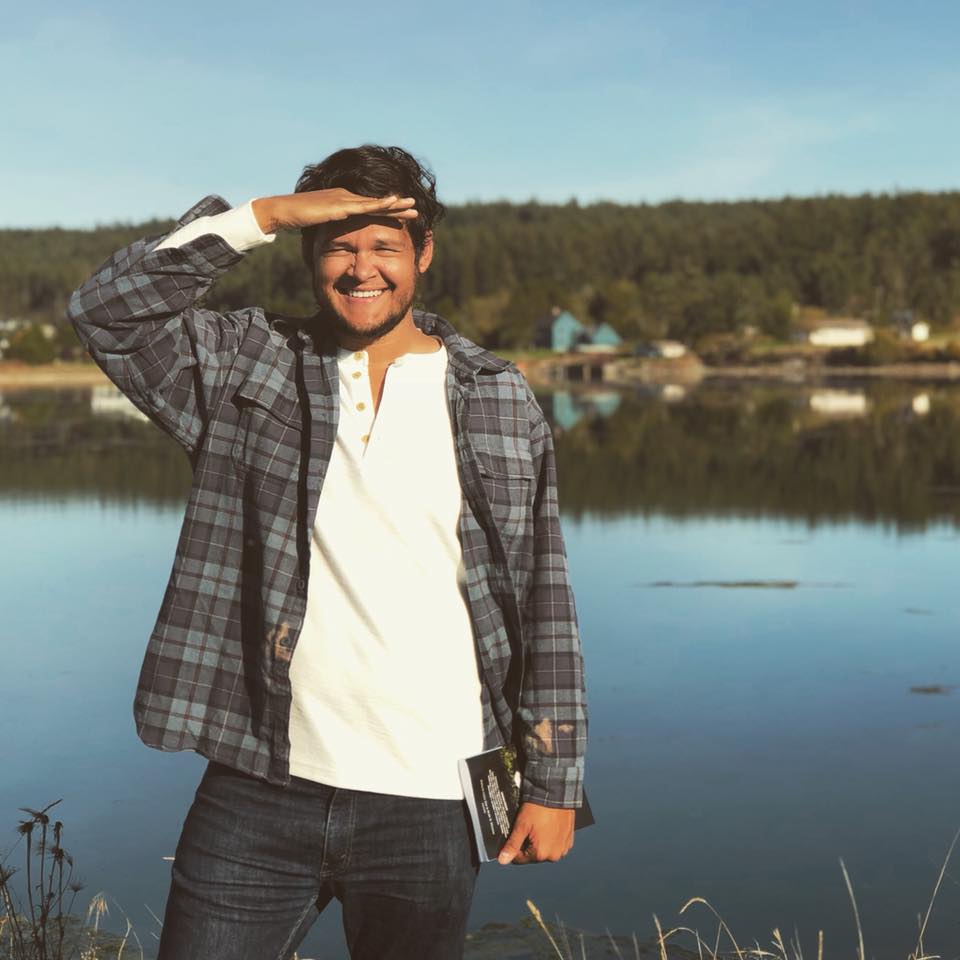 Oh yeah… I knew it was big when a friend sent me a recording from Myanmar’s nightly news!

But, Divya, I want to say that, that was really challenging. I had to go speak with CNN after and we were being cornered saying we were doing this just because we hate Trump and that we wouldn’t do this for Biden. And that’s not the conversation we wanted to have because it wasn’t about politics, it was much bigger than that. So it was about continuously retelling a story large enough were even those that we struggle with can be a part of it.  It was about reaching the other person and not talk past each other, by being vulnerable, fiercely vulnerable. It’s part of the task of nonviolence.

What are some personal practices that you have to maintain your commitment to nonviolence?

You know how people say “We are our ancestors’ wildest dreams”? During my first 7-day silent meditation retreat, I realised that Damn, I am capitalism’s wildest dream. Working myself to the ground for the cause of social and environmental justice while not realizing how that was tied to my own internalized capitalism.

What has helped is becoming more aware of myself through mindfulness to access the wisdom of my body and turning off the noise. I also play the guitar. I use it to ground and affirm myself, like when I play a sad song when I am sad to be in company with that sadness! I love hip-hop! I joined an adult hip-hop dance group recently and it felt like going to church. Because in hip-hop you are encouraged to not be perfect, cookie cutter and to be yourself. To be seen in your full self-expression.

Finally it is about how I can build building a container for myself with people who can see our essence as a human being and support each other in our journeys, whatever that may be.