Shadow And Transformation: Do it out of Love, not Guilt (1/2) 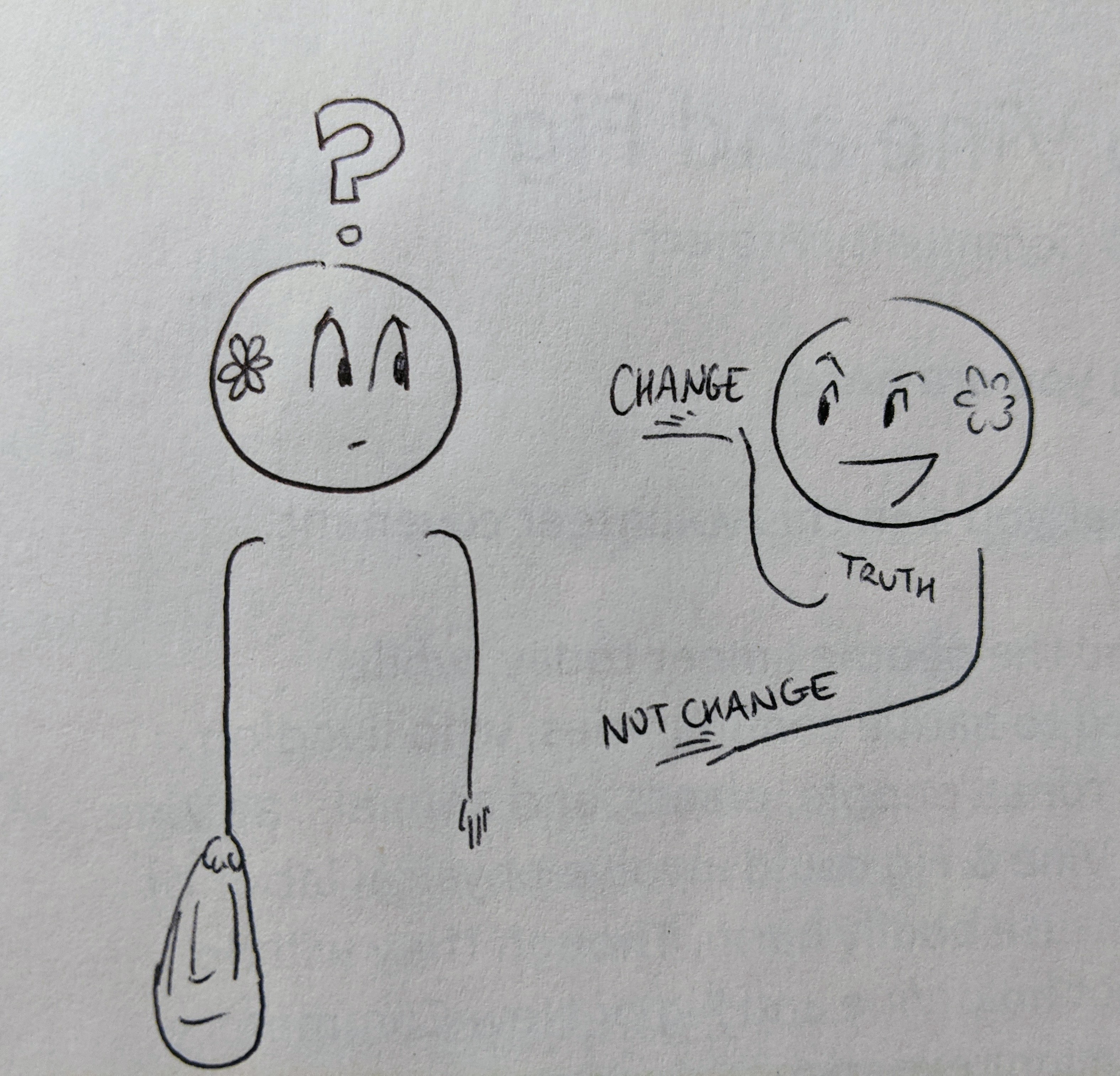 ***
“What do you mean “Sorry, man”?! I’m tired of hearing “Sorry man”!! You’re wealthy and you don’t care about people like me. There’s money for the war but not the poor!”

These words whip Boston Chinatown’s warm and humid air in the street behind me - and I volte-face towards the Black male-presenting person in their forties who just spoke. My answer to their “Hey girl, you have a couple of bucks for me?” clearly awoke in them a fierce anger that is now scintillating in their eyes.

Standing face to face, our gazes are locked. Both our feet are firmly planted on the concrete pavement, shoulders apart. There is something intense about our confrontation. Another female-presenting walker stops nearby to listen, her mouth slightly open. As usual with anger, I feel something in my chest freeze. But something else, also, is awake and alert - listening.

“I have nothing, and you don’t care. Wealthy people like you don’t give a shit about people like me. There’s money for the war not the poor,” my interlocutor repeats, making large half-circles with their hands. A flicker fires out in my inner world. I keep listening without moving.

“They’re right,” a thought finally stands out among fifteen others in my brain. My attention lands for a second on the bag of Chinese stir-fry and Taiwanese dessert in my left hand. “I just spent $25 on this meal. I could easily have given at least half of it to a charity - or them.”

My chest tenses up, as a second part of me backlashes - “You just spent $25 because this is your birthday meal before you head up north!! You look like you don’t care, but you actually really do - your life revolves around social and climate justice! This person is guilt-tripping you to get what they need.” A back and forth ensues at the speed of light inside of me. My feet don’t move, however. 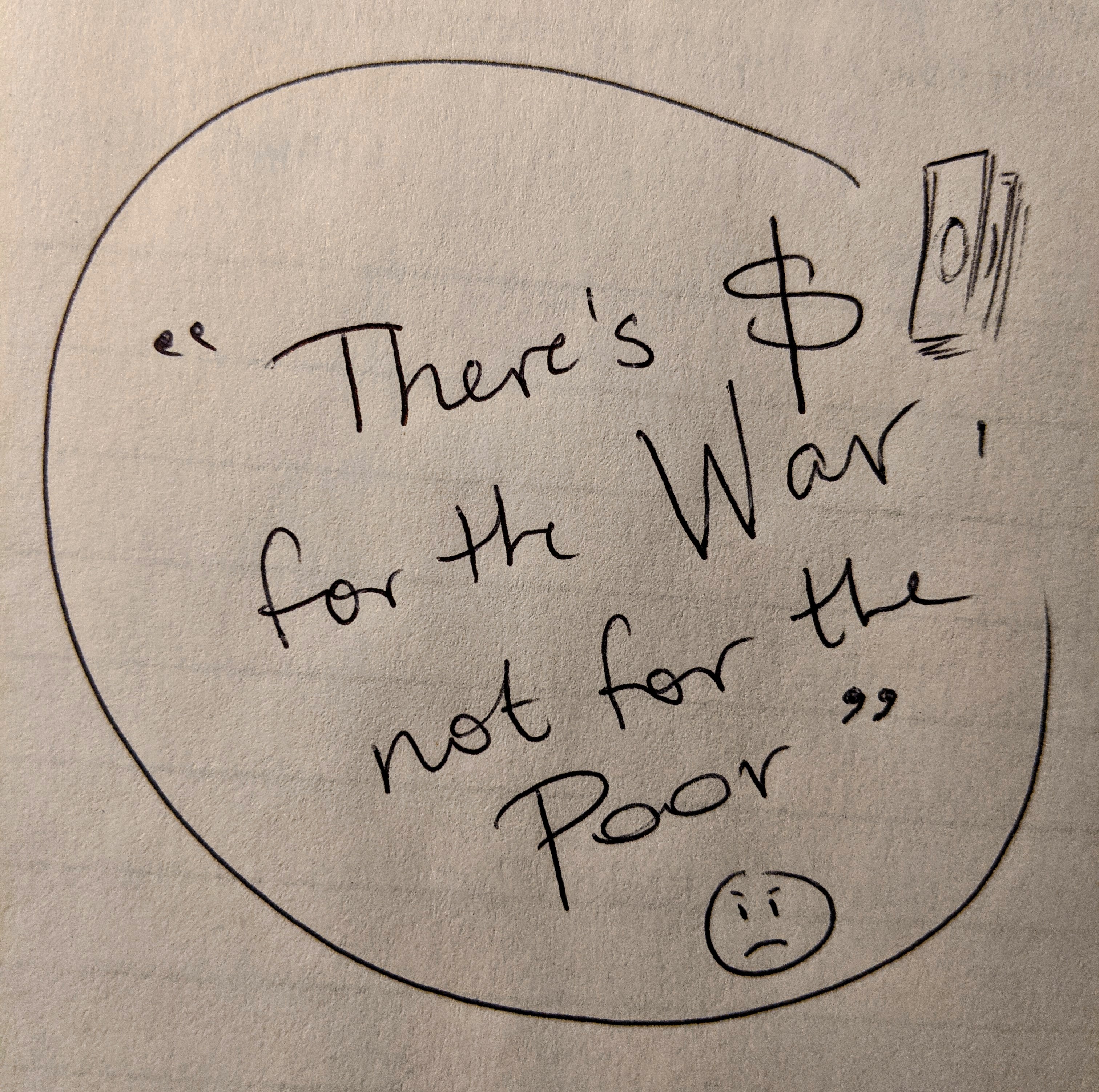 “Okay,” I say after a dozen more seconds of listening, letting my plastic bag fall on the top of a trashcan next to me. My two hands reach for my purse. "You have $20?" the person asks, guessing what I am about to do. “I’m a student,” I reply, my eyes and fingers searching inside of my wallet. “$10?” they ask. “I have $5” I say, finally looking up while handing them a bill. I cannot help but add “I care, you know. I’m an activist.”  They nod and walk away, without a word. The other pedestrian who has been staring at us this whole time does, too. I’m left alone at a crossroad.

Unsure of what I’m feeling, apart from a vague sense of guilt and relief, I head back to my youth hostel, walking quickly between the tall, red-bricked buildings that are now bathing in smoggy, yellow sunset light. In my hostel’s common area, I find an isolated corner next to a window and hungrily start chewing on my food, which I pick with chopsticks from the to-go boxes.

Secretly, as thoughts keep bouncing around in my brain through the window, I wonder if the gooeyness of the sweet mango soaking in coconut milk will wash away, at least for now, the question of how whether what just happened is about to impulse a new momentum to my spending habits.

“Clearly, I could have felt validated in my self-perception to be “a person who cares” because I stopped, listened, and handed them $5 - even if I am not wealthy,” I catch myself thinking the following day while staring at endless forests through the train’s window that’s whizzing up to Maine. I am about to spend two weeks at the Possibility Alliance farm where Ethan, Sarah, and their two daughters, Etta and Isla, live without electricity, running water, and the internet. As I type these words on my computer, I cannot not think about what happened the day before. 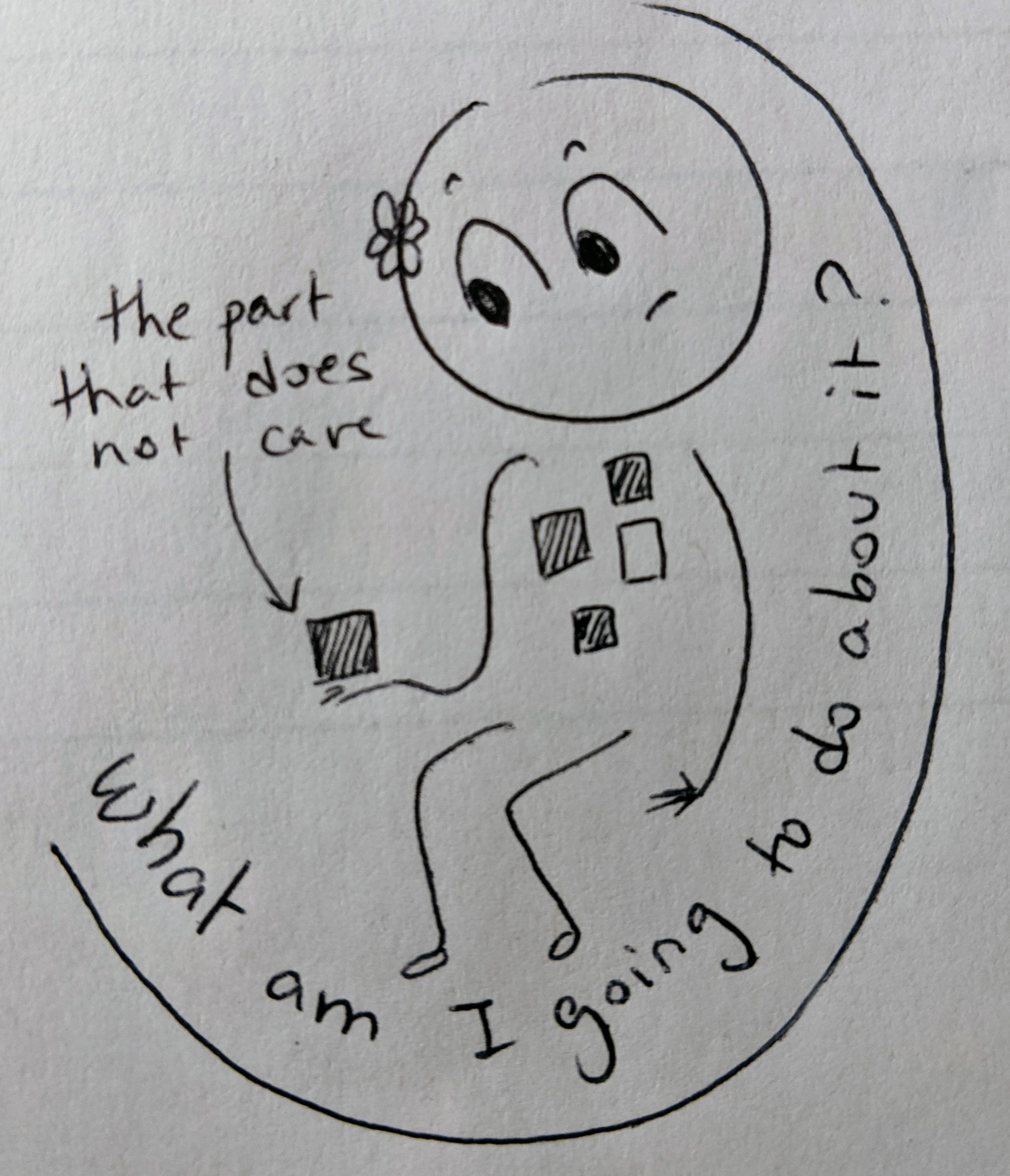 “This person was right,” I reflect. “In that one moment, I was caring more about my birthday meal than the poor. I tried to help with that $5 bill. But I could also have validated their anger with a “I get that you’re angry, you have so many reasons to” - instead of justifying myself as an “activist.” Being an activist says nothing about how much I care about other people. Lots of activists are in it for egoistic reasons, and lots of non-activists care a LOT.” I pause. “Mmm. There must be something I need to learn about my life beyond this one incident,” I conclude.

After about a week spent reflecting and frankly still not feeling too good about what happened, I end up reaching the uncomfortable truth that - indeed - this person in Boston saw the part of me that cares more about spending money for my own pleasure than directing this money to help improve others’ well-being. It’s not the whole story of me, of course, as Internal Family System shows (highly recommended!) - but it is a pretty real one.

***
Beyond the fear, my love for personal transformation in service of social change was alive on that train as I sat with myself. And this love looked at me straight in the eyes - and asked me to change. Truth unveiled calls for change. That’s often the scariest part of it. Perhaps a reason why searching for truths about oneself is less popular than posting touched-up selfies on Instagram. (Okay yeah, that was a little snarky, I know. I’m human, too.)

Samir Patel once said that one of Gandhi’s strengths on his nonviolent path was his ability to change his behavior immediately once he figured out something to be true. Even if Gandhi can be a controversial, paradoxical bundle of contradictions and had clear privileges in the society he inhabited - and as such, more wiggle room to manifest his free will - Samir’s words have kept running through my mind up to this day.

So, did the claim that I don’t care for the poor - even if it sounded ‘not true’ - change me… and/or change my behavior per se? Yes, it did - and to a large extent, quite to my own surprise. Sitting with my reflections and emotions; staying with the subtle waves of resistance that arose; looking for the ‘kernel of truth’ in the statement I received (see David Burns’ Five Secrets); giving it space; talking with other people about it; reflecting on ways that I could integrate it in my life - and finally grappling with the truth of it all was enough for me to understand that I could not not change...

Read more about how this experience changed me here!